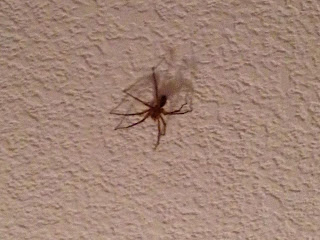 I was not reassured by the fact that all 3 cats were still looking up at the ceiling. I think they were searching for the now departed spider, but still... eeeek! And ugh!
Posted by Marlene at 10:24 AM